Free E-book: How to Teach Your Kid Chess 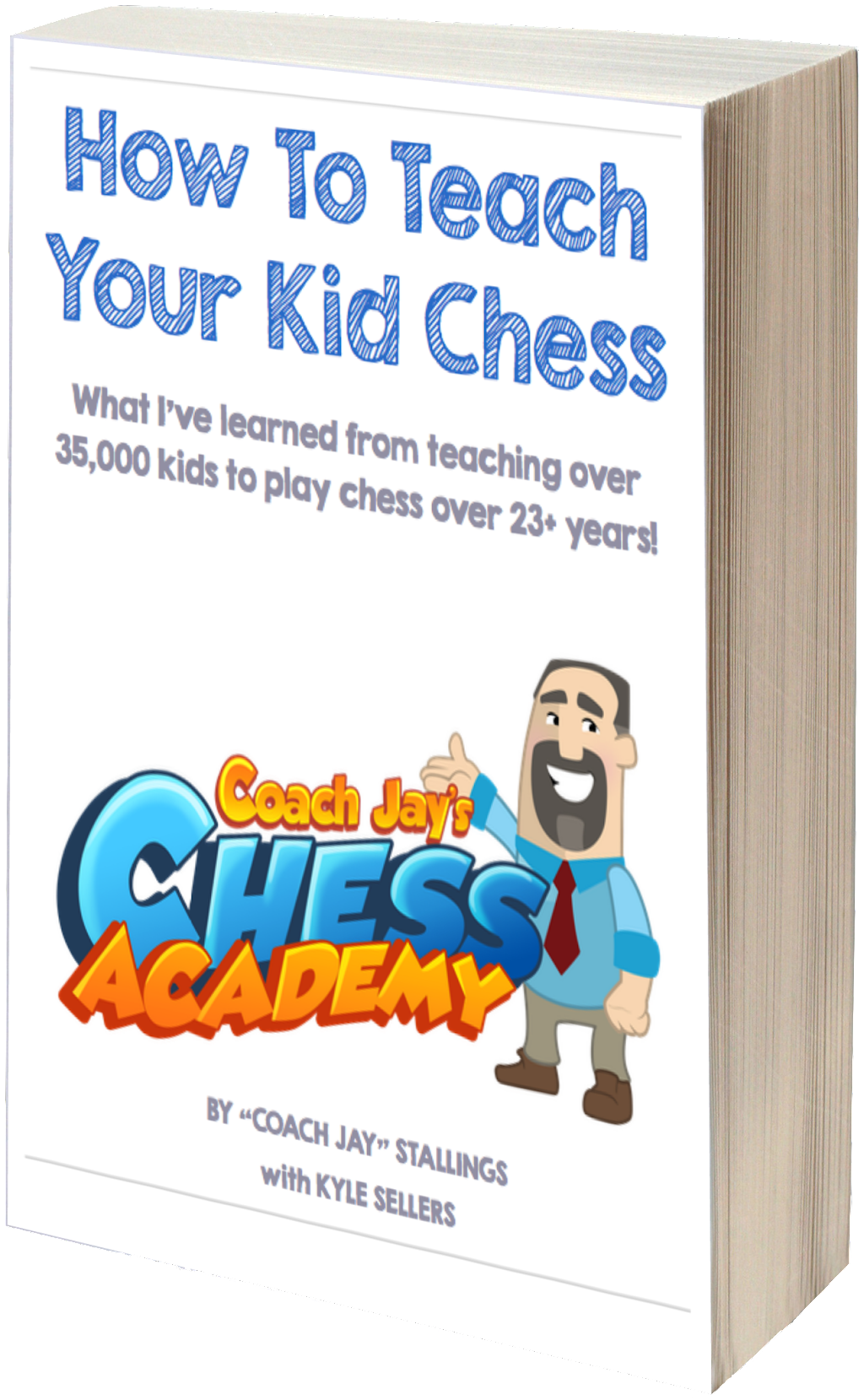 The Ultimate Guide to Teaching Your Kid to Play Chess (and it's 100% free!)

The most comprehensive guide to introducing your child to the exciting world of chess!

Chess is an exciting and wonderful game that benefits all who play it. And the younger, the better! The benefits of chess range from improved academic performance to increased creative thinking and problem solving.

Over the past 23+ years, I've taught over 35,000 kids to play chess. I've had students go on to do everything from work at NASA to pitch in the Major League Baseball World Series and the one thing I've heard most (often from the parents) is how much CHESS benefitted them in all areas of their life--not just at the chessboard!

Bringing the game of chess (and young minds) to life!

Why Should I Care about Chess?

Imagine if your child...

...were to score an average of 17 percent higher on critical thinking tests,

...had an increased attention span and concentration abilities, even if diagnosed with A.D.D. or A.D.H.D,

...started to learn ALL subjects much more quickly,

...developed a love for reading, because they were able to better comprehend and remember what they read,

...scored significantly higher on an IQ test after only one year,

...dramatically improved their critical thinking and problem solving abilities, enabling them to work through and situation that came their way,

...was to be even better prepared for their future career, art or other endeavors in adulthood...

...and that all of the above was made possible because they spent an hour a week learning and playing chess?

Is Chess Right for my Kid?

The simple answer is YES! I've taught kids as young as three years old and have taught thousands of kindergarteners to play! No matter your child's age, academic skill level or attention span, chess can be a wonderfully fun and beneficial game for them that will provide incredible dividends for the rest of their lives!

DON'T WORRY! One of the happy surprises of teaching your kid chess is that you will end up learning it yourself!

Believe it or not, a large number of the parents who bring their kids to my classes have never touched a chessboard! They might know that chess will be beneficial to their child and their future, but think they waited too long to learn. Almost without fail, within a few weeks, they come back and tell me that their child has taught them to play!

Okay, I Downloaded my Free E-Book... Now What?

Hmm... well, first you'd better take a look inside, because in it you'll find a step-by-step guide to teaching your child chess.

PLUS, you'll find some great information about how youth chess works, how to find a local chess club or coach and when it's time to put sign your child up for their first tournament! (SPOILER: It's probably a lot sooner than you think!)

How Long Will It Take?

The rules of the game can be taught in a day. The core concepts necessary to ENJOY the game typically take 1-2 weeks depending upon how much time a child spends on it. To truly master the game? It takes a lifetime and there will always be more to learn!

I've found that most kids learn the rule of chess and then hit a brick wall... they know how to move pieces, but not where, when or WHY to move them! That's why I include a number of fun puzzles and exercises for kids to do while learning to play. It helps them stay engaged and earn a number of "small victories" along the way, but at the same time be learning the core principles of the game!

So What Makes your Guide so Special?

In 1994, I founded what later became known as the California Youth Chess League and began to make my living as a full-time chess coach. Since then, I've run hundreds of programs in dozens of schools, at my own facility and for outside organizations.

Along the way, I've refined and improved my teaching curriculum and studied how kids learn. That's why I created what I call "The Five Disciplines of Chess." It's a way to teach the game as a full package, making sure that my students become well-rounded players. A bonus to this method is that kids are able to play fun, meaningful games much sooner than they would learning on their own or from a chess book!

Who even made this guide?

Hi, I'm Coach Jay! I founded what would later become the non-profit California Youth Chess League in 1994 and have taught over 35,000 kids to play chess.

My life's mission is to empower youth to grow through chess--THAT is why I've made this book free to the first 1000 people that claim this offer.

Do I have to read this whole thing?

Of course not! I've created this guide as a starting point for you and your child and it's meant to be something that you work through together. I certainly HOPE that you will give chess a chance, though!

And if it's not for you, please don't hesitate to send your thoughts, questions and feedback!

Can I download this guide and read it later?

Of course! Once you've downloaded it, it's yours forever! Feel free to print it out, pass it on to your other parent friends or do with it as you please.

This is a great! Is there anything else I can do to help my child learn chess?

I'm glad you asked! I'm actually launching a Kickstarter on September 12th to bring my full curriculm to parents JUST LIKE YOU! Click the link in the upper right of this page to learn more about it.

Ready to Get Started?

There has never been a better time to bring chess into your child's world! Download my free E-Book to get started today!

DOWNLOAD THE FREE E-BOOK
FIND OUT MORE ABOUT OUR KICKSTARTER 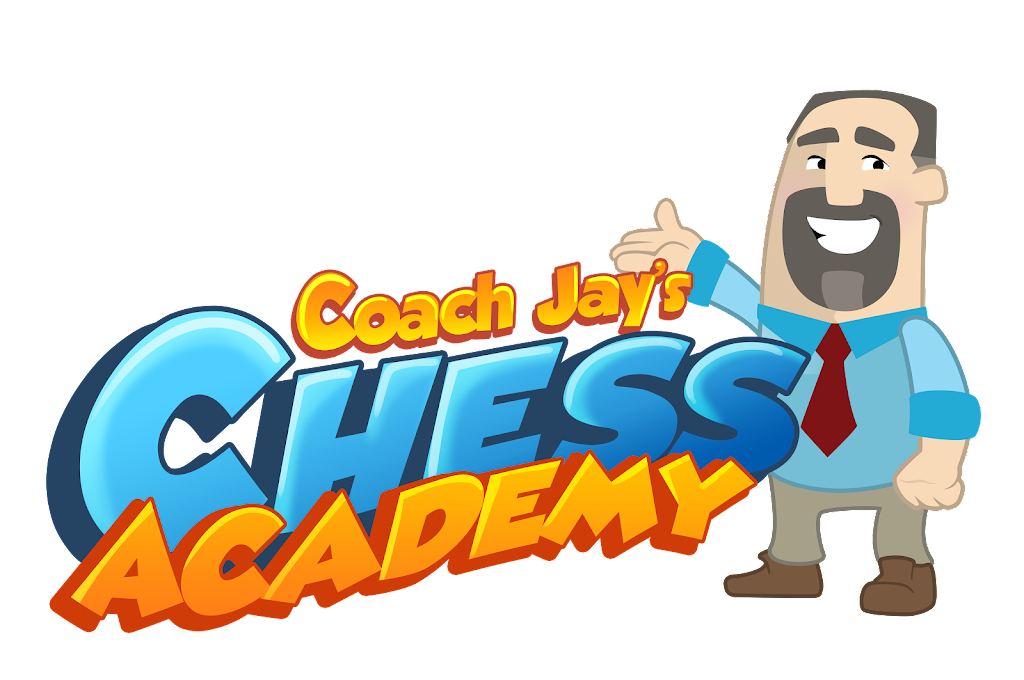